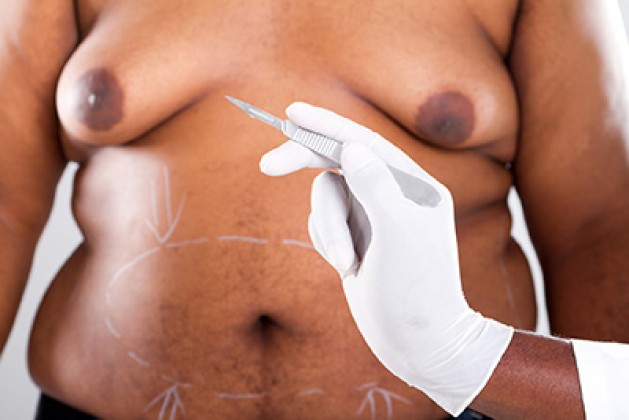 Gynecomastia is a disease which doesn’t threaten man’s life, however, it is among the group of illnesses that can considerably spoil the life of every man. The enlarged mammary glands have to be carefully hidden, and in summer there is always a problem of going to the beach. There are two types of gynecomastia, the first one is false and it’s the reason of massive fat deposits while the true gynecomastia is the result of predominance of female hormones in an organism of a man.

The plastic surgery perfectly copes with such problems. It is possible to do breast liposuction and considerably reduce breast in size, and it is possible to remove a part of a gland through small cuts in the field of an areola. Cuts after the operation are almost imperceptible.

As an outpatient in case of liposuction; for several days in case of breast reduction.

Complications after the operation:

Concentration of a lymph, infections.